A Letter to a Failing Middle School

I wrote a letter recently after witnessing an incredible display of antisocial behavior by several students at a local middle school. I haven’t decided whether I plan to send it. First, there may well be a strong backlash. That wouldn’t deter me if I believed it would do some good. But my letter would probably fall on deaf ears. The 60’s anti-authority movement has come back to bite us, but many people still aren’t ready to admit our collective failure. The money is still flowing in America, we still have a fair amount of personal freedom, and bullets aren’t coming through our bedroom windows.

I welcome comments from readers here. I can’t shake the feeling that I’m supposed to send the letter and take the pushback. Is there a good reason to make waves? Possibly. One thing’s for sure: barring drastic action, those of us who value law and order will soon find ourselves confronting an entire generation of hooligans in every sphere of public life.

I am a guest teacher working district-wide in Federal Way Public Schools. In the course of my employment, I have often worked at __________Middle School, as I did yesterday, when several unfortunate interactions occurred between myself and some of the students. I also had an interaction with one of your staff members, whose name I didn’t get at the time. She has always been pleasant to me. 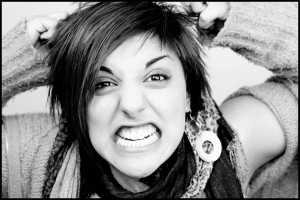 During the course of the day, I was asked to monitor the halls during several periods and given a radio. I was happy to do this. While I was doing my rounds, I encountered many students out in the halls and asked them for passes. When they didn’t have passes, I asked them to go where they were supposed to be. When they did have passes but were hanging out in the halls socializing, I asked them to move along. I met with quite a bit of resentment, which isn’t unusual, even though I was calm and respectful at all times. However, the resistance I encountered was especially bitter yesterday. I was told by two students to “f*** off.” One teacher heard it and took no action. Many other students weren’t quite so direct but regarded me with undisguised hostility and contempt. I have encountered all these things before, but never in so many students and with such force.

As I was finishing up one of these interactions, I was approached by the woman I mentioned above. She suggested that I ought to approach these students playfully, with lighthearted interaction, then offer to escort them to wherever they were supposed to be. I responded that this was the wrong approach. Students who are intentionally violating school policies, and especially students who are directing contemptuous speech at an adult, need to be calmly and firmly redirected. Any kind of playful approach sends the message that it is okay to violate school policies and increases the likelihood that the behavior will continue.

I said this as an expert in human behavior who has spent decades working with the public, in the mental health field (often with children) and more recently in education. The staff member told me she disagreed, that she worked there full-time, while I was merely a guest, and that I would encounter less resistance with the kids if I followed her approach.

First and foremost, this is not about easing my experience with the kids. It’s about teaching the kids. Period. Teaching them right from wrong and preparing them to live as successful, contributing members of society. I sincerely hope that is the focus and the desire of everyone at __________. 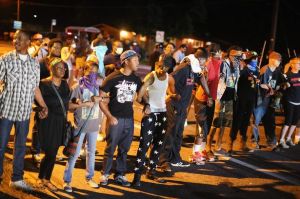 The goal of any system of discipline is to bring students to the standard. What happens in many schools is that staff try to “meet students in the middle” by relaxing expectations and maintaining a light countenance toward misbehavior. This fails, of course, in bringing students to the standard. Worse, each time the misbehavior increases (as it inevitably will because it is being tolerated), the “middle” gets further and further from the standard we are trying to uphold. Discipline works when it is firmly and consistently applied. I have worked in schools where this happens, and students are much more well-behaved, safer and happier.

I realize that there may well have been a sudden sharp influx of students from different cultural backgrounds to your school in recent years. This always produces difficulties for staff in maintaining standards. I know that __________ staff are honestly attempting to restore order there. I have witnessed their efforts. And to clarify, I believe firmly in unconditional positive regard toward kids at all times. That does not mean I believe it is appropriate to address misbehavior lightly. In any school, with any population of kids, in all times and all places, kids will push against boundaries. They need the grown-ups in their lives to hold the line and reinforce good behavior. This is not only essential to maintaining order in the schools but to preparing them to live in the real world, where there are rules, laws, civil authority — and consequences.

I don’t make a habit of criticizing, and I never do it in an insulting spirit. I will endure just about anything from a child if I believe a school’s administration is behind me as I attempt to train the kids. Judging from what I saw and heard from your regular staff yesterday, that isn’t the case at __________. Please hear me: you are doing great damage to

these kids. They are learning that they can get by with nastiness, dishonesty, and making their own rules. What awaits them are hard lessons in the real world, which, for many of them, will amount to jail, substance abuse, unemployment and mediocre lives. They need us to be the adults in the room.

I am a freelance writer by trade, philosopher and comedian by accident of birth. I am an assiduous observer of humanity and endlessly fascinated with people, the common elements that make us human, what motivates people and the fingerprint of God in all of us. I enjoy exploring the universe in my search for meaning, beauty and friendship. My writing is an extension of all these things and something I did for fun long before I ever got paid. My hope is that the reader will find in this portfolio a pleasing and inspiring literary hodgepodge. Good reading!
View all posts by Douglas Abbott →
This entry was posted in Uncategorized and tagged authority, consequences, discipline, law and order, laws, lax, lessons, middle school, real life, real world, right, rules, school, taught, teach, teaching, wrong. Bookmark the permalink.

2 Responses to A Letter to a Failing Middle School